By Martha Hall KellyNovember 19, 2015No Comments 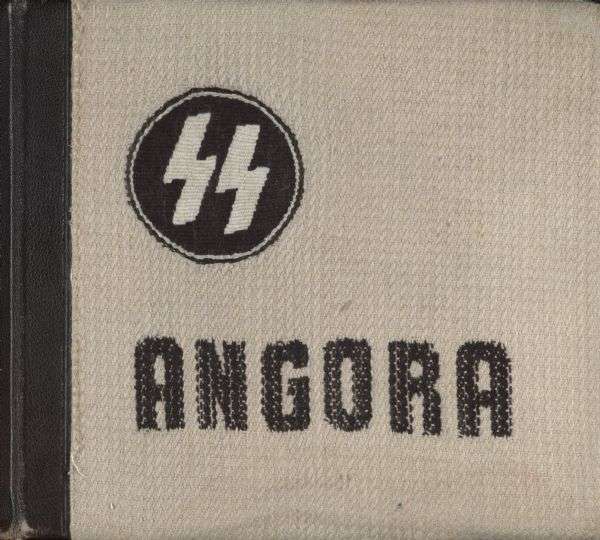 Handmade in 1943 this album documented the angora rabbit wool raising projects operated by the Nazi SS corps at 31 Nazi concentration camps in Germany, including Auschwitz, Buchenwald, Dachau and Ravensbruck. Complete with an Angora fur cover and decorated with the runic lightning flashes of the Nazi SS, it holds more than 150 mounted photoprints, maps, charts, and hand-lettered text. It showcases the operation Himmler was so proud of: the rabbits, their hutches, feeding, and shearing. In Lilac Girls, a scene takes place at the hutches at Ravensbruck Concentration Camp, shown below. 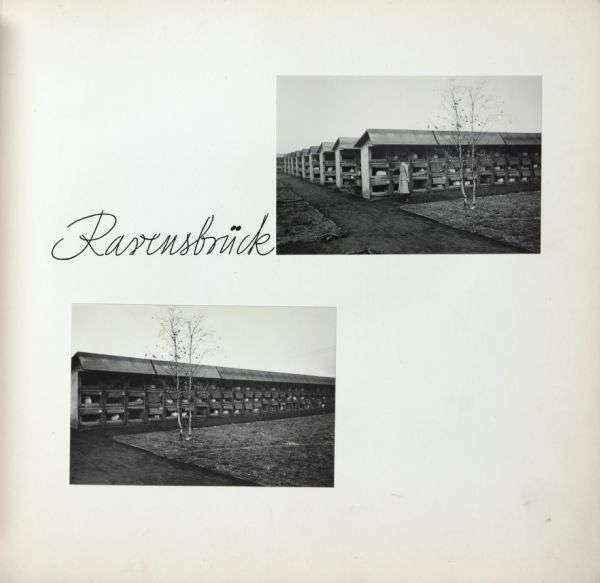 The camp staff forced the Jehovah’s Witness prisoners, known in the camp as “The Bible Girls,” to tend to the animals, making sure the rabbits’ elegant hutches were kept warm in the winter and that special lettuces were fed to the rabbits, fresh from the camp greenhouse. Once these prisoners found out the rabbits’ fur went to line the boots and jackets of German soldiers, they refused to tend the rabbits and were sent to the punishment bunker. 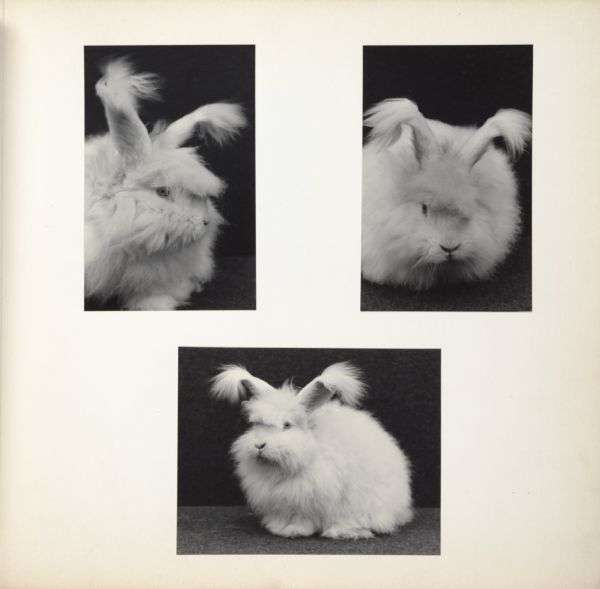 The Ravensbruck camp staff treated these animals so tenderly while they starved the women prisoners and forced them to sleep in unheated barracks. It is ironic that the women in Lilac Girls who were experimented on by the Nazis at the camp were nicknamed “The Rabbits.”

Former Chicago Tribune Berlin correspondent Sigrid Schultz acquired the album in 1945, when she assisted the American Counter Intelligence Corps in the search for documents missing from Himmler’s Alpine villa. They found the album, along with other materials documenting Himmler’s crimes, hidden in a barn near Tegernsee, Germany. Schultz brought it back to the United States and donated it to The Wisconsin Historical Society.

Images used with the permission of The Wisconsin Historical Society.