It all started with a newspaper clipping.

Over ten years, my research for Lilac Girls took me across the U.S., France, Germany and Poland searching for hidden history, the true story behind Caroline Ferriday’s fight to save the Ravensbruck Rabbits. Along the way I unearthed so many wonderful photos and clippings about an earlier time, about Caroline’s mother Eliza Ferriday and her fight to help a different group of women. The first clipping I found sparked tremendous curiosity about Eliza’s fight and inspired me, once Lilac Girls was finished, to embark on a new research journey, for Lost Roses.

The article was written from the point of view of the handmade Russian dolls who were arriving in America and told the story of how Eliza Ferriday was opening up her home to them, refugees, escaping the violence against aristocrats after the fall of the Tsar. It was a fun way of telling a tragic story, of how Eliza Ferriday embraced and advocated for a group of “White Russian” women, former aristocrats who barely escaped terrible danger in Russia with their lives. The article tells how Eliza Ferriday turned her lovely New City apartment into a permanent bazaar to benefit the Russian women who arrived in Manhattan with nothing.

Having finished writing Lilac Girls I launched into research for the next book, a prequel, which I hoped would bring to life Caroline’s childhood years, her parents’ lives and the early days of The Hay, her childhood home. So I started with Eliza, one of the Lilac Girls characters I get a lot of mail about, Caroline’s eccentric mother, Eliza Mitchell Ferriday. I was especially intrigued with Caroline’s second country home in Southampton, on Gin Lane, The Mitchell Cottage. 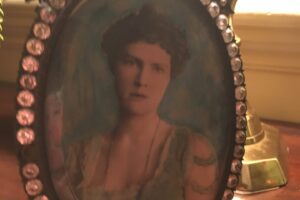 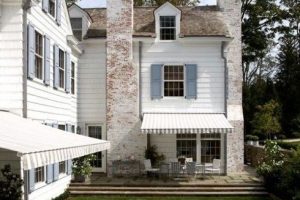 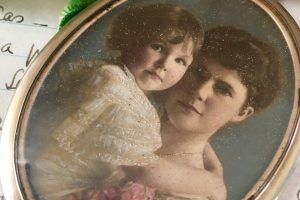 Then I made a character wall, with the other characters I wanted to add: Eliza’s aristocratic Russian friend Sofya and a Russian peasant girl Varinka. (Yes, that’s Tom Brady, early inspiration for Sofya’s husband Afon.) 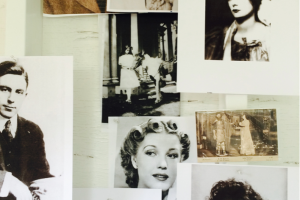 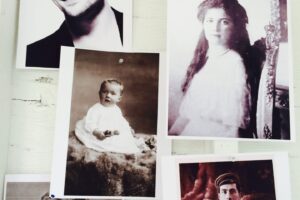 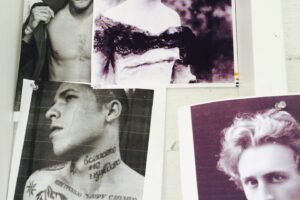 One character I had researched extensively but decided not to include in Lilac Girls was Julia Marlowe, Eliza’s dear friend and Caroline’s acting mentor. I thought Lost Roses was the perfect place for her debut. I traveled to Julia’s former summer home, which still stands in the Catskills and read everything I could about her. An enormously popular stage actress of her day, I was happy to find there was no shortage of books and articles written about her and her actor husband E.H. Sothern. 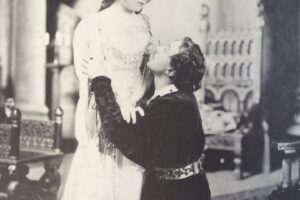 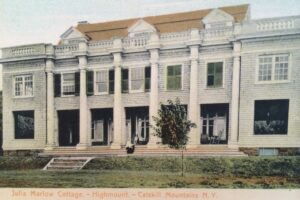 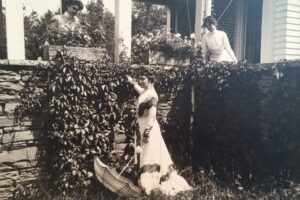 On the Road Again

Once I had my characters I wanted to travel to Russia to get a feel for the country, since I’d travelled to Germany and Poland for Lilac Girls and it helped me bring the foreign scenes alive. It was incredible to walk the streets of St. Petersburg, soak up the splendor of the Tsar’s palaces and spent time in rural villages. 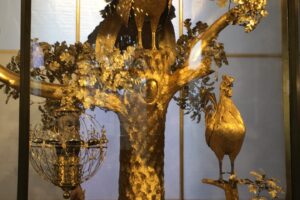 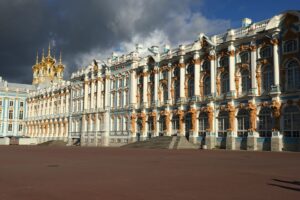 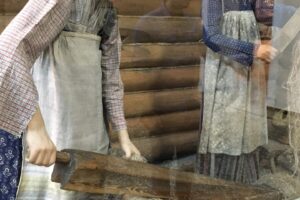 I traveled to Paris as well and discovered a former Russian enclave there, which once served as a haven for the recent emigrees, complete with Russian restaurants and a cathedral. I found Sofya’s sister Luba’s Limoges tea set in Paris, too. 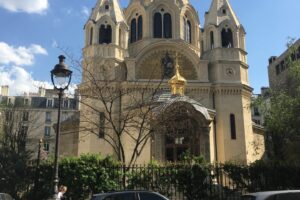 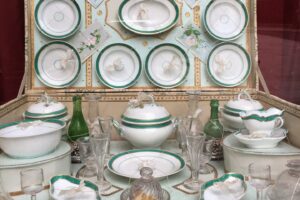 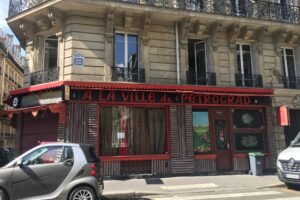 But the place I drew the most inspiration from was Bethlehem, Connecticut, where the whole story began, at Caroline and Eliza’s beloved country home they called the Hay, now a museum renamed The Bellamy-Ferriday House and Gardens. Whole bookclubs have been making a road trip out of it and seem to love exploring beautiful Bethlehem. 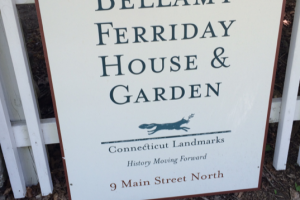 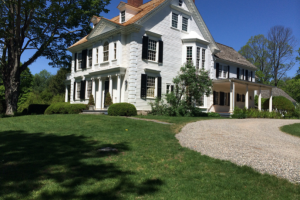 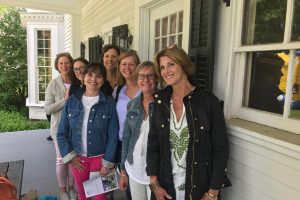 You can visit May through October and feel the same inspiration I felt from the wonderful Ferriday women.