Herta Oberheuser is one of the three main characters in my novel Lilac Girls. It was a fascinating research experience getting to know and understand her better. The only female doctor at Ravensbruck, Hitler’s only all-female camp, Herta played an important role there.

Herta, below, ended up at Ravensbruck by answering an advertisement in a medical journal for a camp physician at a “woman’s re-education camp.” 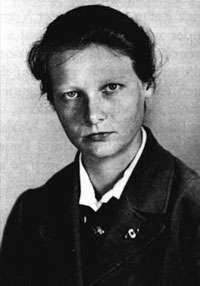 At Ravensbruck she worked closely with Dr. Karl Gebhardt and Dr. Fritz Fischer on the pseudoscientific sulfonamide experiments (operating room below) performed on Polish prisoners. The survivors of the experiments became known, to the camp staff and prisoners alike, as “The Rabbits,” since they’d become the Nazi’s laboratory rabbits and because they hopped about the camp on their damaged legs. 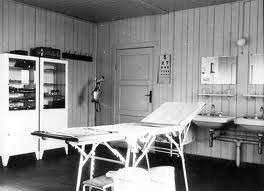 Dr. Karl Gebhardt, below, Herta’s supervisor in the experiments, received a guilty verdict at the trial and was executed on June 2, 1948. During the trial he offered to have the same operations performed on himself to prove the surgeries were not life-threatening. 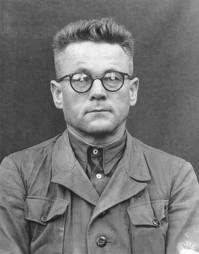 Dr. Fritz Fischer (below) after his arrest for his part in the sulfonamide experiments. He was one of the few defendants to express remorse for his participation. 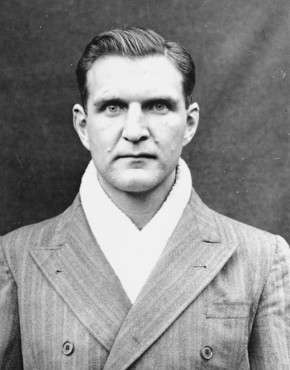 Herta, shown below after her arrest for crimes against humanity 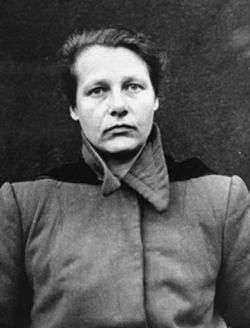 Beginning December 9, 1946, an American military tribunal opened The Nuremberg Doctor’s Trial, procedings against 23 prominent doctors and administrators for voluntarily participating in war crimes. Herta was tried along with her Ravensbruck colleague Fritz Fischer seated to her left, below. Since Herta was the only woman defendant in the trial there was an intense debate concerning where she should sit. Inside the box with her co-defendants? In the front of the box? In a chair outside the box? The resulting decision was that she would sit with her co-defendants, in the order in which she was listed in court documents. 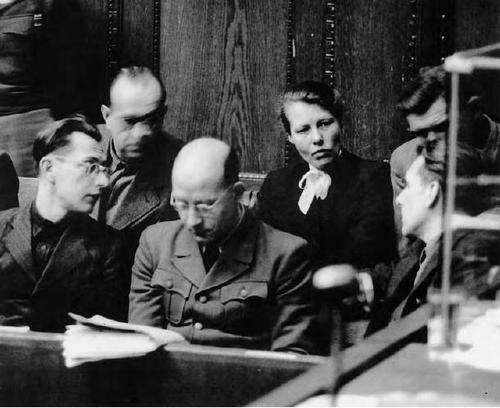 Herta was found guilty and sentenced to twenty years in prison but was released early by American authorities. Can’t reveal much more or it would spoil the ending of the book!

14 thoughts on “Herta Oberheuser, one of the main characters in Lilac Girls”