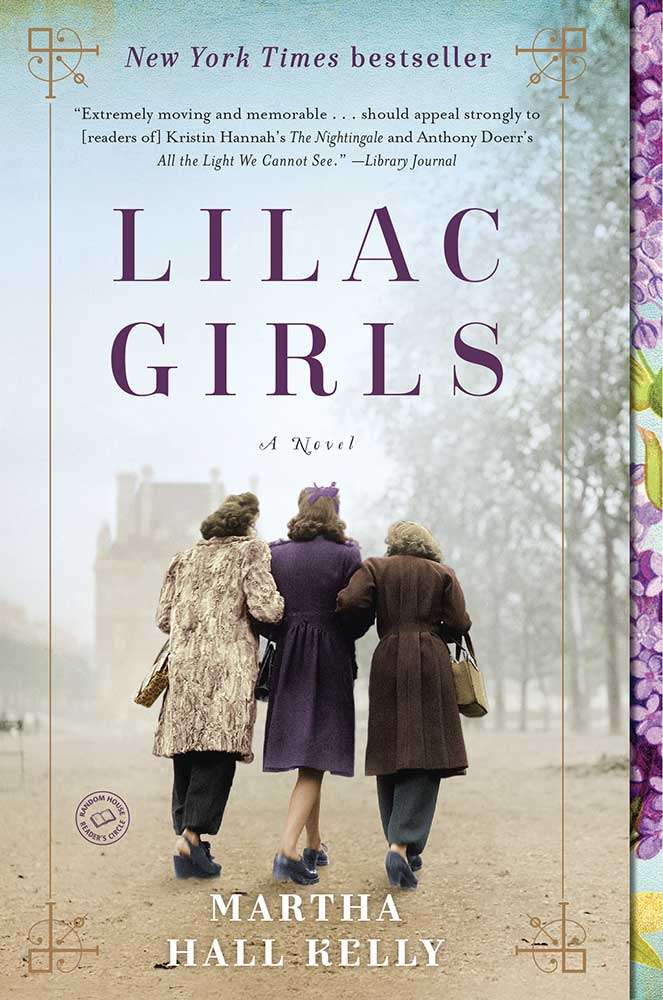 Caroline Ferriday is a former Broadway actress and liaison to the French consulate whose life is forever changed when Hitler’s army invades Poland in September 1939—and then sets its sights on France. An ocean away from Caroline, Kasia Kuzmerick, a Polish teenager, sinks deeper into her role as a courier for the underground resistance movement. In Germany, Herta Oberheuser, a young doctor, answers an ad for a government medical position—only to find herself trapped in a male-dominated realm of Nazi secrets and power.

The lives of these three women are set on a collision course when the unthinkable happens and Kasia is sent to Ravensbrück, the notorious Nazi concentration camp for women. Their stories cross continents, as Caroline and Kasia strive to bring justice to those whom history has forgotten.

To order signed copies of Martha’s books call her hometown bookstore, The Hickory Stick in Washington, CT (860) 868-0525. They’ll have them winging their way to you in no time.

“A powerful story for readers everywhere . . . Martha Hall Kelly has brought readers a firsthand glimpse into one of history’s most frightening memories. A novel that brings to life what these women and many others suffered. . . . I was moved to tears.” —San Francisco Book Review

“Extremely moving and memorable . . . This impressive debut should appeal strongly to historical fiction readers and to book clubs that adored Kristin Hannah’s The Nightingale and Anthony Doerr’s All the Light We Cannot See.” —Library Journal (Starred Review)

“[A] compelling first novel . . . This is a page-turner demonstrating the tests and triumphs civilians faced during war, complemented by Kelly’s vivid depiction of history and excellent characters.” —Publishers Weekly

“Inspired by actual events and real people, Martha Hall Kelly has woven together the stories of three women during World War II that reveal the bravery, cowardice, and cruelty of those days. This is a part of history—women’s history—that should never be forgotten.” —Lisa See, New York Times bestselling author of China Dolls